Another poster for Triskele Moon Studios’ upcoming show at Evolve. The show will be held on September 24 & 25, the same weekend as Art of the Land. It’s going to be a busy weekend for two little black ducks!

This treatment was based on an original design by Robert Proska of Poland, whose excellent personal website is (naturally) in Polish. His designs are also available on Stock XChange, which is where I found them.

I layered the imagery onto a harvest orange screen and added some noise and texture to the background. For the first time I decided to use a text treatment on some of the information, since the curves of the vines lent themselves to a certain fluidity.  Robert’s use of a thick line around one circle led me to mimic it in the upper right corner for the Studio name, and locating the three photos of Leanne’s jewelry was a snap thanks to the color combos. She works so well with autumns! 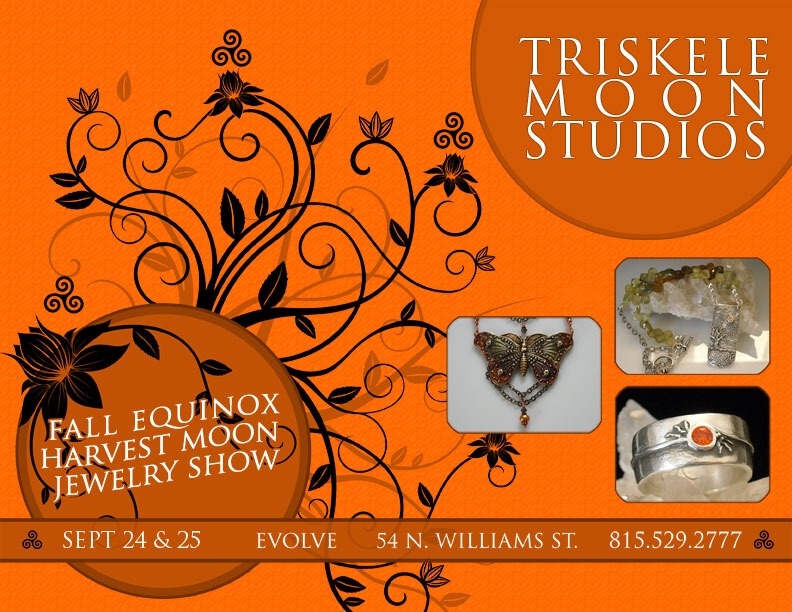 This entry was posted by Ivan on September 7, 2010 at 7:26 pm, and is filed under Graphics. Follow any responses to this post through RSS 2.0. Both comments and pings are currently closed.