« On Art: Time and Tactility
007: Pretending to Understand »

It starts with a dear friend. We are talking earnestly together, side by side, I don’t remember what about, but it seems like a very deep conversation. As we continue to talk we drift onto our backs, and are now floating through the air, like you would float on inner tubes down a lazy but still-moving river.

The sky above us is dark and full of stars, but not only stars. The fronts of houses, two-dimensional and in primary or secondary colors, appear along either side of my field of vision. I am put in mind of Venice, though these houses are colonial style, neither Mediterranean nor ancient.

There is a feel of age, though. And each house is a single color. They are more like cardboard cutouts, or proscenium backdrops for some theatre in the darkened sky. We are still talking, and now our hands are intertwined as we float and converse. It is intimate, but not precisely romantic. Sharing depths without the rise of carnality.

The sky vanishes, my friend vanishes, and I blink at the alarm clock (which I do not have) which now sits on my nightstand (which is not my nightstand). In twenty more minutes my alarm will go off, and I will have to get up, and I might as well get up now. So I go to the bathroom and shave using a badger brush and a straight razor, with a half-filled glass of red wine at my elbow. I’m tempted but I do not pick it up; it’s morning, after all, and a workday.

I do not drive to the office, there’s seemingly no need, for I am instantly there and in conversation again, this time with our new CIO – my immediate boss as of a week ago. He is asking questions and I am responding reasonably, but I’m tense despite this. I do not like the set of his eyes as continues to ask me questions. Eventually he nods, satisfied, and I leave his office.

It’s then that my *real* alarm, the one on my cellphone, goes off. It plays a tune by Joseph Fire Crow, a Lakota musician, titled Meadowlark Sunrise. The tune is sweet, played on a flute but with strings and percussion in the background. I find it a calming way to wake.

I’m not surprised by either half of the dream. My friend has been much on my mind of late, and I’d like to enjoy another late-night conversation that takes me out of the everyday. I was insistent that I could not oversleep this morning, as I had promised my team-mates to be present for a physical fitness challenge. And being under new management, it’s not surprising I should find the office intruding on my private visions.

I’m unsure of the meaning of the straight razor, though. Perhaps there’s more symbolism in that razor, in the wine, in the old-time alarm clock, brass and analog with two bells on the top. In the floating proscenium buildings which look beautiful but can never be lived in. Personal symbolism in a very personal dream.

Note: This was written in late March. Dates may not be accurate.) 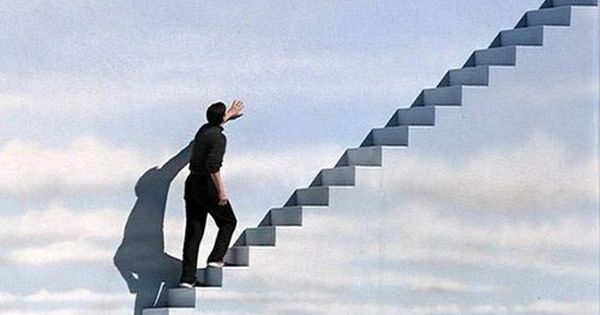 This entry was posted by Ivan on June 7, 2017 at 8:44 am, and is filed under 10 Minute Topics, Life. Follow any responses to this post through RSS 2.0. Both comments and pings are currently closed.